Menu
Log in
Register
Install the app
You are using an out of date browser. It may not display this or other websites correctly.
You should upgrade or use an alternative browser.

John Gordon: The Man, The Myth, The Legend 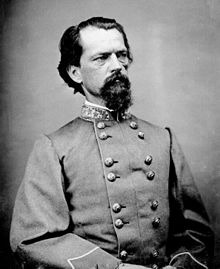 Legends tell of a legendary man of legends, an unstoppable driving force who would one day debut into Formula 1 and change the course of racing forever. His name of course, is John Gordon. You may not have heard of him, but there is no ignoring his legendary-ness. But where did he come from? How did he get so talented and win all those gold medals?

John Gordon’s story starts not in carting, but in the small Amish town of Intercourse. He was born in 1973 and raised on a bean farm, but it quickly became clear that Gordon was no farmer. He showed a remarkable aptitude for guns, and before long he became a very well known Amish gun enthusiast.

Sadly, John Gordon soon fell into financial hardship, and turned to the bottle. The years that followed showed Gordon getting arrested multiple times for indecent exposure. However, after he was forced to spend a night in jail for an incident involving a shotgun, a cat, and Velcro, John decided to clean himself up and take another swing at a life.

Naturally, John Gordon found himself gravitating towards soapbox racing. As with gunning, he quickly became well known within the soapbox community, and before long he started to rack up wins in both the downhill and uphill championships. Soon, he started to become publicly known, and in 2007 he drew the attention of Ferrari. Ferrari, seeing the raw talent John Gordon displayed, offered him an 8 year contract to race for them in Formula 1.

Fast forward a couple years, and John Gordon has become a household name thanks to his amazing racing skills, and legendary hair, all at the young age of 21. Not just as a racer either, he shows a remarkable sense for mechanical engineering, and singlehandedly invented and developed the DRS (Drive Really Speedy) system. All this despite dropping out of school in grade 7 after three failed attempts at passing. John Gordon has proven that even someone as stupid as he is can succeed in Formula 1, and he stands as inspiration to idiots everywhere.

While John Gordon is undoubtedly a huge success, he hasn’t forgotten his roots. When not racing for Ferrari, you can find him at his very own large corn farm in Alaska, tilling the soil or tinkering with his favorite 12 gauge. Not bad for an Amish gun enthusiast!

We salute you, John Gordon, and look forward to seeing you in the next season of Formula 1!

If anyone else has some John Gordon facts they would like to add, feel free to here!

Pretends to Know What He's Talking About

2018 has been a poor year for John Gordon. Despite winning virtually all the races for Ferrari, except for that one where he got DQ’ed for applying Vaseline to an opponents tires pre-race, the mood in the paddock was grim. There’s a strange sense of desperation mixed with sadness and something else in the air. It’s been no secret that F1 has been suffering over the years. The grandstands are emptier each season, and even attempting a public execution did little to stir the hearts of fans, most of whom have moved on to Indy Car racing or Underground street racing. Even Gordon’s own party trick, doing a wheelie out of the pit lane, seem to have little effect over the crowd.


“Formula 1 is dying.” Gordon explains as he sips on his diet corn juice (not sponsored) during an interview. “New rules and regulations have been slowly squeezing the life out of the sport over the last few years. You can’t innovate anymore. Want to aid aerodynamic downforce by towing a trailer? Nope. Want to attach flares to disorient opponents? Good luck getting that by the marshals, who are very mean and carry big sticks that hurt. What is the point of racing if I can’t blast second place into orbit with a proximity mine? The innovation is gone, and the passion with it.”


However, it would appear that things are much more personal for John Gordon himself. The recent review by the Sim Racing Pad Duck of F1 2018, which is the official F1 game for 2018, have revealed a glaring omission, John Gordon himself. He is no longer listed as a special secret player character, and is not included in the credits. This is the first time Gordon has not been in an official F1 game since 1982. When asked about the game, John responded with a previously unheard of stream of obscenities that would scathe the fur off an emu, then finished the last 3 litres of his diet corn juice (not sponsored), stormed off, and slapped his crew chief in the face. Judging from the overall negative reaction, it would appear that John Gordon is not impressed with the newest instalment in the F1 video game series.


Sadly, this is the state of most Formula 1 teams currently. There is a record high number of crew chiefs retiring from races due to slap injuries, and it does not appear to be slowing down any time soon. Without any major changes on the horizon, could this mean the end of the legendary motorsport, and our beloved legend, the legendary man of legends, John Gordon? Only time will tell...
You must log in or register to reply here.
Share:
Facebook Twitter Reddit Pinterest Tumblr WhatsApp Email Share Link
Top